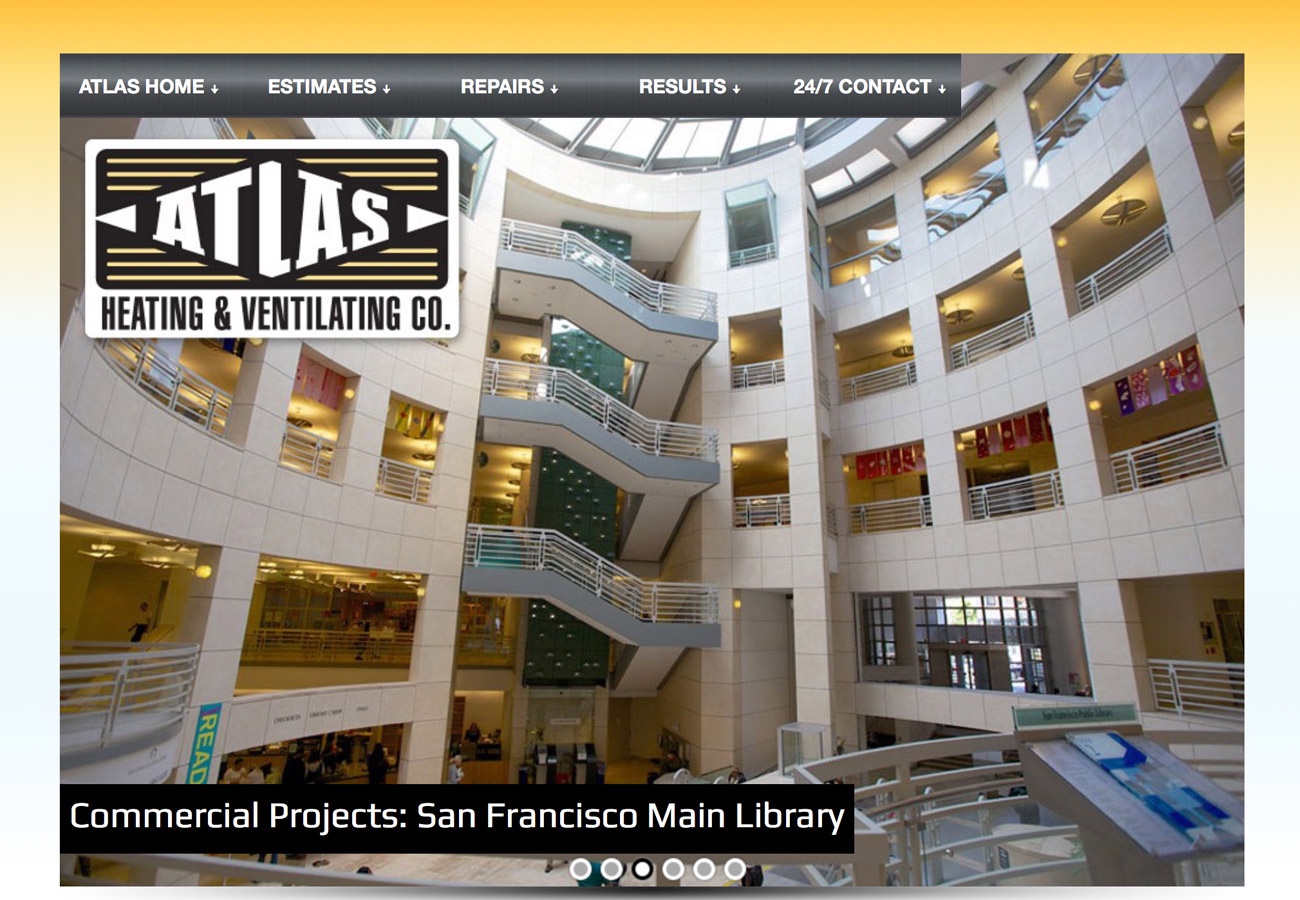 Founded in 1908, Atlas Heating & Ventilating Co. has been as a much part of San Francisco as the cable cars and Golden Gate Bridge, helping to rebuild the city after the 1906 earthquake. Atlas’ history is a veritable history of the furnace itself. In 1908 most homes were heated by pot-bellied stoves or kitchen ranges. George Tuck, the founder of Atlas, designed and manufactured wood and coal furnaces, establishing Atlas as the largest installer of “warm air” furnaces in the Bay Area. Always an innovator, Tuck next developed the Atlas gas furnace for manufactured gas. He also invented the first integrated blower furnace and safety pilot light. With the advent of natural gas, the firm’s all-steel furnace became a leader in the industry. Atlas’ reach has extended beyond the Bay Area with projects from Alaska to the Philippines, the Panama Canal, and Saudi Arabia. San Francisco became the biggest builder of gas furnaces in the country from the mid-1930s to World War II. Today the family-run business continues to prosper guided by three generations of Tucks and is still at the forefront of heating and ventilating (HVAC) technology, representing major national brands and specializing in residential and light commercial work. Atlas heaters have warmed such notable structures as the Civic Auditorium, Fort Mason, Mark Hopkins Hotel, the Hall of Justice, and the San Francisco Library.